Borderland bonfire back with a bang

Previous Next
Borderland bonfire back with a bang

Oswestry residents of all ages flocked to Brogyntyn Park on Saturday to see a great big bonfire and a magnificent fireworks display.

Jonathan Jones from Borderland Rotary, who organises the event said, “People started arriving at the park long before the event was due to start and it was near capacity by the time the Mayor, Councillor Mark Jones lit the blue touch paper and the bonfire roared into life. A long, loud and spectacular firework display followed with whizzbangs, booms and plenty of colourful bursts which lit up the sky and could be seen for miles around.

“Borderland Rotary and Oswestry Town Council worked hard to prepare for the event not knowing the public reaction, given the circumstances. We collected all the materials for the bonfire in the week and volunteers built it on Saturday morning but I had no idea if anyone would turn up so you can imagine how gratified I was when people started streaming in and we had a full house.

“A lot of effort goes into arranging an evening like this and it’s great when it works out so well. It also means we have raised an incredible £9,000 for good causes and local groups. I’d just like to thank the Town Council, the Fire Station but most of all, everyone who came along and made it such a success!”

The fireworks were handled by professional pyrotechnicians and they produced a wonderful display which seemed to go on for ever. The fireworks and the park are provided by Oswestry Town Council while Borderland Rotary organise and marshal the event. The money raised will be distributed in the New Year. 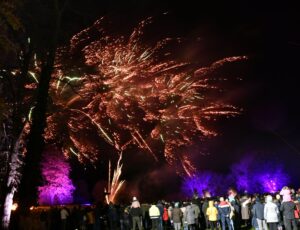 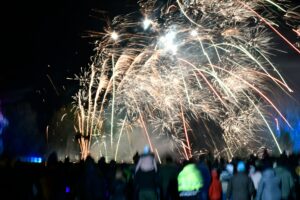 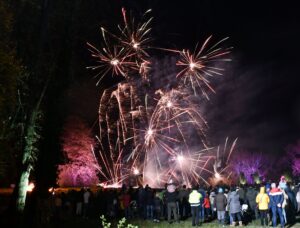 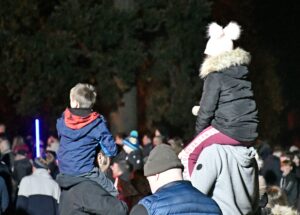 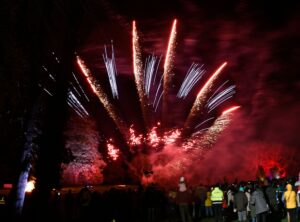 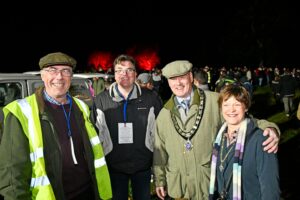 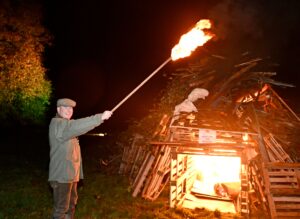