Good news down by the waterside as Borderland Rotary recognise the monumental effort that the Shropshire Union Canal Society has made in restoring sections of the Montgomery Canal, so that the stretch from Gronwen, near Maesbury Hall Mill to Crickheath Wharf can be opened this spring.

Chris Bryan-Smith from Borderland Rotary said, “People seem to think that restoration involves a little bit of weed clearing and hedge laying, but this work is nothing short major league civil engineering, and the stats reinforce that.

“The group, made up solely of volunteers moved some 3,500 tons of hardcore and lade over 60,000 concrete blocks in their quest to return a canal that has been dormant for nearly a century, to a workable waterway.  It will soon be possible to sail a boat from Crickheath Wharf to anywhere in the UK on the main canal system – London, Leeds, Liverpool – to name but a few.

“The donation will help the Society with the next phase of the restoration from Crickheath to Schoolhouse Bridge, which is due to be rebuilt this spring, and encourage youngsters to take an interest in the flora and fauna that lives along the course of this wonderful old canal.” 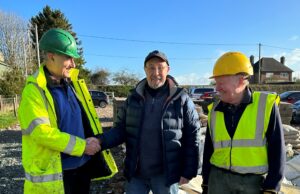 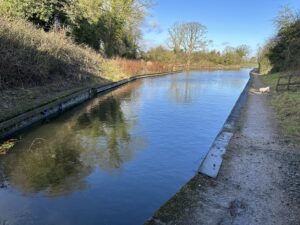 Pictured: Crickheath wharf, waiting for the first boat to arrive.