A disused and derelict North Shropshire railway line brought back to life after 50 years has scooped a prestigious national award for volunteer excellence from the British Museum.

Cambrian Heritage Railways (CHR) volunteer team have been named as winners of the 2021 Marsh Award for Volunteers in Museum Learning Nationally as well as Winners for the West Midlands region. The winners were recently invited to a reception at the British Museum in London to receive their award.

The Marsh Awards celebrate the outstanding contributions of people who are committed to social, cultural and environmental causes.  The Awards are run in partnership with the British Museum and recognise the best and most innovative ways in which volunteers engage the public with collections and projects.

Cambrian Heritage Railways (CHR) volunteers came together to complete a ten-year aspiration to return their local railway. They worked tirelessly to clear vegetation and rebuild the crumbling infrastructure in order to open a heritage railway from Oswestry to Weston Wharf in April 2022.  Installing two miles of new track and a station at Weston Wharf has since enabled CHR to become the latest tourist attraction in Shropshire.

Speaking about the award, CHR Chairman, Rob Williams said: “We are all delighted the enormous hard work of our volunteers to re-open the railway has been recognised at a regional and national level.

“Cambrian Heritage Railways has had a fantastic first season of operation since we opened in April. I think it can only be good for the local economy and tourism to have an award winning heritage railway that people want to come and visit.”

CHR has recently announced it is running Santa Specials on specific dates in November and December. For more details and pre-booking, please see www.Cambrianrailways.com. 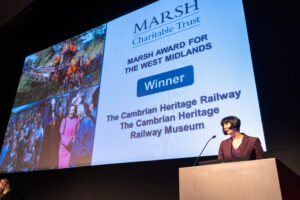 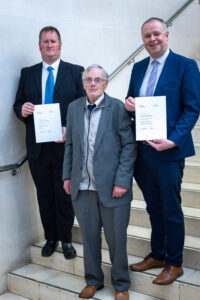