Oswestry is lucky to have so many marvellous professional musicians in the area and on 9th October three of them are joining together to perform an afternoon concert of well-known and well-loved music to support the work of local music charity, Music MOB.

The concert is free to enter and takes place at 3pm at Christ Church in Oswestry and the audience will hear music performed by Sylvie Reverdy (cello), Samantha Lewis (Mezzo Soprano) and Christopher Symons (piano).  French-born Sylvie is an acclaimed cellist who has performed both in the UK and abroad.  She has a duo partnership with Christopher Symons and the two present many concerts together. Having sung as a chorister at St Oswald’s Parish Church from the age of 7, Sam is a graduate of the Royal Birmingham Conservatoire, having graduated with distinction.  She was awarded the Postgraduate Course Prize for her year and the St Clare Barfield Rosebowl for Operatic Distinction 2021.  Sam has sung roles in various operas and is now touring with a British song programme entitled, ‘The Journey Home to the British Isles’.  Well-known in the musical life of Oswestry Christopher was for many years co-founder and Director of the popular Oswestry School Recital Series which brought international musicians to the town, many of whom he performed with.  An exceptional musician himself, he has performed many times with an impressive list of other musicians and last weekend he performed a Mozart concerto with the Shropshire Chamber Orchestra.

Born out of a determination to offer vocal and instrumental music tuition to all children regardless of their ability to pay, Music MOB, brainchild of Mike Coppock, is run by five dedicated music-lovers in Oswestry and the borderlands.  Lessons started in October 2021 with 24 children at Holy Trinity Primary School and has grown in an extraordinary way so that we start the 2022/2023 academic year with 81 children in three schools learning violin, cello, guitar, flute, clarinet, saxophone, drums, voice and, new this year, cornet and trumpet.  The charity has also started a recorder ensemble and choir (which will perform with the marvellous Fron Choir at their Christmas Concert in December) and hopes to work with two new schools and a further two groups of children from January.

MusicMOB (Music Matters in Oswestry and the Borderland) is the brainchild of business owner, Mike Coppock, who is on the Committee for the Oswestry Youth Music Festival.  He could not help noticing that the proportion of entries in the festival from children in local State Schools was diminishing year on year.  It is widely accepted that art and music departments are much more likely than sports departments to have their value questioned and their budgets limited but there is much research which points to the fact that whilst sport and music share many benefits such as teamwork, discipline, focus, and fun, music will also improve your child’s thinking, language and reasoning skills. Music should, at the very least, be on an equal footing with sport.

In years gone by, visiting musicians (peripatetic teachers) were a common sight in schools, offering lessons on a variety of instruments.  Many of us will have had a first experience of learning an instrument and then playing it alongside other people in a band or orchestra in the school environment.  Similarly with choirs in school, another disappearing opportunity.  These opportunities are no longer a common feature and Mike Coppock along with a small group of like-minded people have determined to provide the funds to make this possible once again in our local State Schools.

MusicMOB is not unique as there are charities with the same aims in other parts of the country, with growing numbers of children benefiting. The largest of these is in the South East and is supported by the Andrew Lloyd Webber Foundation.  Crucially, we know that OFSTED is now looking more widely for evidence of Arts provision in schools, so we hope that our initiative will be of interest to schools and parents in this area.

The Constitutional aim of Music MOB is to support free instrumental and vocal lessons for children whose families may not have the means to provide them. Although the lessons would take place in school, there will be no cost to schools or families for either the teaching or the instruments.

MusicMOB comprises a small team of committed local music makers and its Board of Trustees includes Sue Turner, organiser of Oswestry Youth Music Festival and a respected peripatetic instrumental and vocal teacher. 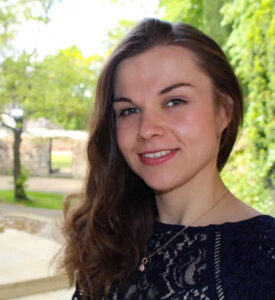 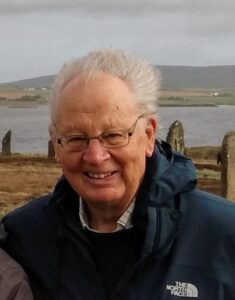 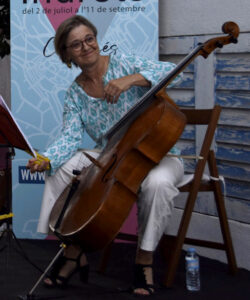