The event provided a rare opportunity to hear about the highs and lows of his fantastic triathlon career to date, while also giving insight into his early years in Yorkshire right through to his World Championship and Olympic Gold Medal wins.

Alistair Brownlee MBE is the only athlete to hold two Olympic titles in the triathlon event, winning gold medals in the 2012 and 2016 Olympic Games. He is also a four-time World Champion in triathlon being Triathlon World Champion twice (2009, 2011) and World Team Champion twice (2011, 2014), a four-time European Champion (2010, 2011, 2014, 2019), and the 2014 Commonwealth champion. Brownlee is the only athlete, male or female, to have completed a grand slam of Olympic, World, continental and Commonwealth championships. He is also a one-time world champion in aquathlon.

The evening organised by local company, Adrenaline Sporting Events, was the latest evening bringing well known sporting personalities to the town.  Alan Lewis, Founder/Owner of Adrenaline Sporting Events said.  “It was an absolute honour to have Alistair taking time out of his busy schedule to provide such an entertaining and informative evening.”

The sporting champion spent time after the talk to have photographs taken with those attending and presenting prizes from the raffle in aid of Midlands Air Ambulance Charity which raised £655. 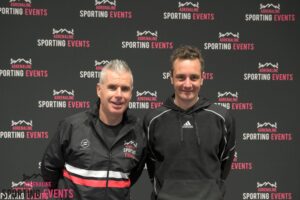 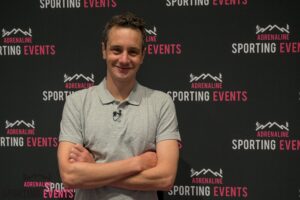 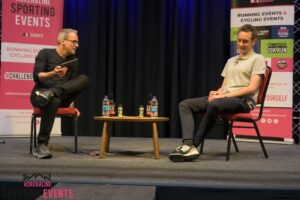