Ellesmere College and Besblock is helping to give young tennis players an experience of a lifetime when a major tennis event takes place in Shropshire next week.

The Budgen Motors ITF M25 event is part of the ITF World Tennis Tour and takes place at The Shrewsbury Club between February 7th and 12th, featuring some of the best rising British and international male stars.

The prestigious college has teamed up with Telford-based concrete-block manufacturer Besblock to deliver a Junior Tennis Experience – an event on Tuesday, February 8th from 4pm in the marquee where youngsters can take part in a range of games and activities as well as a prize draw.

Stephen said: “We are thrilled that the World Tennis Tour is heading back to Shropshire. It promises to be an exciting tournament which gives us the opportunity to see some of the very best young male players on the circuit going for prize money and world ranking points.

“We are delighted to co-host the family day with Besblock in the marquee – an event which always proves popular with youngsters and their families. There will be a series of challenges with tennis coaches, including the chance to ‘Beat the Pro’, have a knock-around with a world-ranked professional player, sample street food and, of course, watch some great competitive tennis.

“Ellesmere College is also running a prize draw where Head tennis equipment worth £300 can be won and the opportunity to meet and talk with four of our academy’s Stars to Watch players.”

Stephen Mullock, Deputy head External Relations, said: “The College has a hugely successful tennis programme and it’s a sport we are keen to support and promote whenever we can. This is a major tournament and a prestigious event for Shropshire which provides some breathtaking action over the course of the week.

“We are proud to be supporting the tournament by sponsoring the junior experience with our partner Besblock and look forward to seeing families who have signed up on the day.”

Tickets for the Ellesmere College/Besblock Junior Tennis Experience are priced at £10 per person and £25 for a family ticket, which includes two adults and one child, and are available to book at https://worldtennistourshrewsbury.com/tickets-and-events/pro-am-night/. 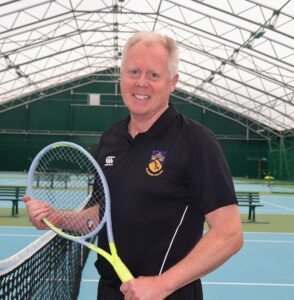 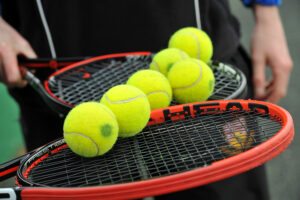