Previous Next
Ellesmere College students ready for the technicolour limelight

Two young performers are set to take to the stage for the first time after nurturing their singing and acting skills throughout lockdown.

14-year-old Noah Fisher and 17-year-old Jacob Cooksley will perform at Theatre Severn in Shrewsbury this month – and both are excited about the opportunity.

The pair are students at Ellesmere College and were looking to get on stage after nurturing their talents at school throughout GCSE and A level options and additional LAMDA (London Academy of Music and Dramatic Art) lessons provided at the school.

Year 10 student Noah said: “I have been interested in acting and singing for a while but lockdown helped me make more musical friends and grow my confidence by posting on social media and performing for my family.

“I got involved with the Theatre Severn production because my singing teacher recommended I join musical theatre to help boost my confidence and she wasn’t wrong.

“I am really excited about performing in Theatre Severn as I haven’t been there before and it is a very large space.”

Jacob, who is in year 13, said: “My interest in acting began around the time of GCSE options when we were asked to pick our subjects.

“I found then that I quite enjoyed the subject and so I decided to take it and from there the fun only grew.

“The thing I’m most excited for about this production is that this will be my first ever major public performance.

“I’ve performed to the general public before, but this will be the first time in an established theatre to a large audience and professional cast, so I’m very much looking forward to opening night.

“For a long time now, acting and singing have been a major part of my life and I fully plan to pursue these passions in my future careers and education. Ellesmere College has been supporting me since day one.

“When I found out I could audition for Joseph, I immediately knew I would want to practise in the theatre space in the Arts Centre at school and I was given the space with all the support I needed.”

The show will be performed at Theatre Severn on between April 14 and 16.

For more information about music and drama provision at Ellesmere College visit ( https://www.ellesmere.com/the-schools/all/clubs-and-societies/the-arts/. 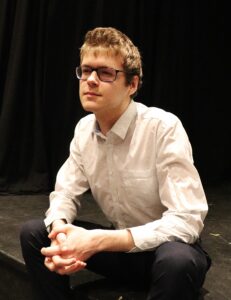 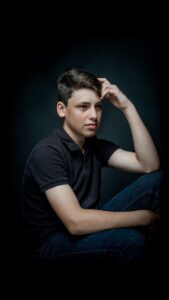