Previous Next
“Face2Face pupils are rocking the red carpet”.

Face2Face Performance Academy pupils are heading for the red carpet after a successful ‘School of Rock’ filming project.

The performance academy which takes place in the state-of-the-art Holroyd Community Theatre, Weston Rhyn, have been busy filming a bespoke ‘School of Rock’ music video, which loosely follows the plot of the much-loved and critically acclaimed Jack Black film of the same title.

Learning from professional film-maker, Aaron Child of Painted Life Productions, and the academy’s team of professional coaches, the pupils became au fait with the techniques and terminology used on set, using the grounds of The Holroyd as their location.

Speaking about the project, Creative Director, Michael Jenkins said: ‘We are keen to ensure that our pupils experience the breadth and depth of the performing arts industry, and offer opportunities that give them a truthful insight into the industry.

“This was a particularly creative project, spanning over ten weeks, pupils learned the script, song, and choreography before donning the costumes and getting in front of the camera. As always, I was so impressed with our pupils’ professionalism and talent. They were simply amazing.”

The film features the pupils from Face2Face Performance Academy, many of whom are from Shropshire and the surrounding areas, with some pupils travelling as far as Newtown to attend the weekly sessions.

Long-standing member and lead actor, Sofia said: “Filming this project was really fun. We learned so much from being in front of the camera and being directed. I was surprised by how many different elements there were to creating the piece, from recording the soundtrack to the many different takes.

“I have been attending Face2Face for nearly five years now, and can honestly say I love it. The teachers are great and the other pupils are really lovely. If you’re looking for an academy to learn acting, singing or dance, then definitely try Face2Face.”

Face2Face Performance Academy takes place each Friday in term time and is open to young people aged 9 to 18 years old. There is no audition requirement to get involved, everyone is welcome. The academy is now enrolling for September.

To find out more information, and to sign-up, visit: www.theholroyd.com/face2face or email info@theholroyd.com 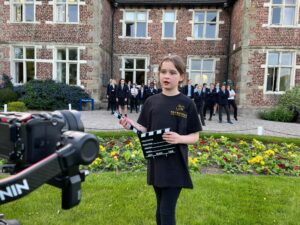 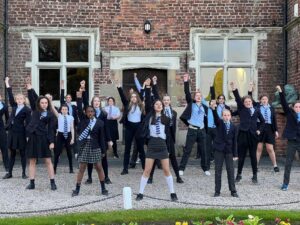