Previous Next
Festive Fun for Charity

The streets of Oswestry will turn a festive shade of red next month when the town plays host to Shropshire’s biggest Santa Run.

The family-friendly fun-run is being organised by Adrenaline Sporting Events – the team behind many of the area’s biggest sporting challenges. The 5km flat route will take place on Sunday, 5th December, to raise funds for Lingen Davies Cancer Fund – which supports patients throughout Shropshire and Mid Wales as they undergo cancer treatment at The Royal Shrewsbury Hospital, and beyond as they return to fitness in the community.

Oswestry’s historic streets will be closed for the festive run which is being held on the same weekend as the town’s Christmas parade, and Christmas fair fun at The Bailey Head.

Organiser, Alan Lewis from Adrenaline Sporting Events, said his team is delighted to be supporting Lingen Davies again following the success of the Pedal the Borders cycle ride which raised more than £35,000 for the charity.

“We’re really pleased we can bring a fun fundraiser of this scale to the people of Shropshire, we want to see as many people dressed up as Santa as possible and if family and friends are unable to take part, they can come along to add their support. There’s going to be a great festive atmosphere in town that weekend,” he added.

The event is being sponsored by Gary Penton, owner of Pentons in Oswestry, and Town and Country Estate Agents.

Gary said: “We’re so proud to be involved with this year’s Shropshire Santa Run for Lingen Davies. We love seeing great events running in Oswestry and this will be a real family-oriented event taking place during the festive season which makes it all the more special.”

Richard Ellis from Town and Country said the firm is only too happy to support the valuable work of Lingen Davies and The Shropshire Santa Run is set to be a real highlight for the town.

Entrants to the run must be over 11, for further details and to register for your place – and Santa suit – visit www.adrenalinesportingevents.co.uk 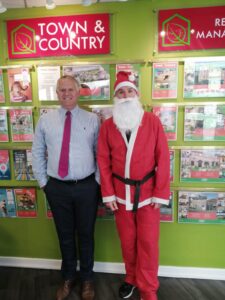 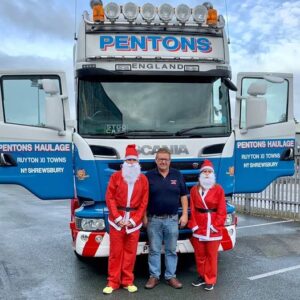