A Shropshire-based lawyer is alerting people to the dangers of drink-driving over the festive season and the strengthening of laws in the new year on using mobile phones while at the wheel.

Steve Scully, associate solicitor advocate at Lanyon Bowdler specialising in driving offences, said it was important for people not to let their guard down and be aware of the legal demands on drivers at all times.

“Drink-driving is dangerous at any time of year but Christmas is the period when we can be more susceptible to the temptation of alcohol and it simply isn’t worth it – it can have life-changing implications and lead to the loss of your licence,” he said.

“People may think they are fit to drive after having a drink, but the only way to be really certain is not to drink anything if you are planning to drive. It’s also important to be aware of the risk of being over the legal drink-drive limit the morning after drinking.

“Whenever alcohol is involved, it’s really important to be aware of how it can still be in your system the next day.

“Guidance shows that you should allow up to three-and-a-half hours per large glass of wine before driving, which adds up to 14 hours if you have had four large glasses of wine.

“If you have been drinking medium-strength beer, it is advised that you leave two-and-half hours for every pint – so if you have finished drinking five pints of beer at 11pm, you shouldn’t drive until 11.30am the next day.

“It’s worth bearing in mind that everyone’s body deals with alcohol in different ways and at different speeds but these timescales give you a good idea and are worth remembering.”

Steve said he also wanted to highlight the changes regarding using a mobile phone while driving – a move made by the Government to strengthen the existing laws and make our roads safer.

“It’s all part of a drive to crack down on road safety by tightening the rules and anyone breaking the law will face at least a £200 fixed penalty and have six points on their licence.”

For more advice about driving offences, Steve can be contacted on 0800 652 3371 or email stephen.scully@lblaw.co.uk 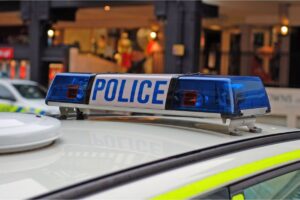