The Shropshire Union Canal Society, which are currently restoring the Montgomery Canal near Oswestry have won a prestigious award.

The award recognises the committee continuing to work on joining the section of the canal near to Lloyds Animal Feeds and Crickheath to the canal network.

Arcadis, a multi-national engineering and design company undertook the design work on the stretch of the Montgomery Canal which is currently being restored. They entered the project into the national GE awards (Ground Engineering) in the community engagement category and today, The Shropshire Union Canal Society found out they have won.

A spokesperson for The Shropshire Union Canal Society said, “It’s great for all who have ever volunteered on the canal, but especially for David and Richard, who without their tireless dedication, none of this would have happened.” 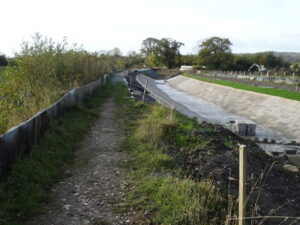