During the week of the 24th May, students from The Marches School, Oswestry held a series of football tournaments to raise funds for a local cause.

The Year 10 sport leaders from the school were set the challenge of organising and then officiating three football tournaments for Years 7, 8 and 9 to raise money for the school’s chosen charity this year, Ethos. The organisation, local to Oswestry provides adapted, short-term accommodation and advocacy support for people with life-changing physical disabilities.

After an initial soggy start to the week, which resulted in the Year 7 students’ tournament being rained off and postponed, the Year 9 students kicked off the charity football on the Tuesday with a fiercely competitive field. In the end Erin Oakley captained her star-studded team, the “Oswestry Octopi” to victory. The Year 8 tournament saw Cameron Roger’s team manage a close fought win by just one single point. Special mentions go to Harry Williams and Noah Vaughan who picked up the sportsmanship awards from the Year 10 sport leaders. The rescheduled Year 7 tournament concluded the weeklong charity matches with an exciting close called finale.

Mr Dickinson, Teacher of PE at The Marches School commented; “The participation from the students was exceptional as we had over 140 students take part across the three games. One of the Year 10 organisers Finley Morris had this to say; ‘I enjoyed the process of organising the events and it made me proud to be raising money for a good cause. The highlight of the week was definitely the Year 7 tournament as we had so many take part and a great final. I think introducing the sportsmanship awards raised the level of respect from the players.’ Well done to the Year 10’s for running such a successful event and thank you to all the students that took part raising an impressive £130 to further support Ethos!” 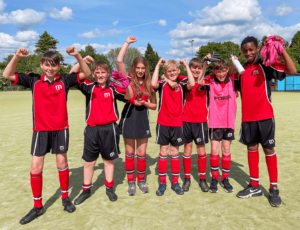 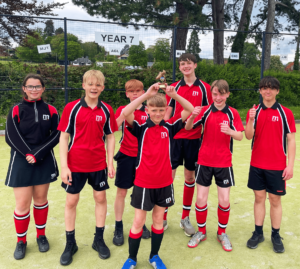 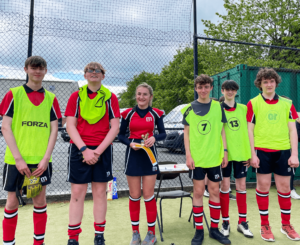