Midlands Air Ambulance Charity is asking Shropshire residents to dig deep and donate to an appeal which has seen a 70 per cent decrease in donations following the pandemic.

The charity’s partnership with Cash4Coins – a company dedicated to raising funds for charities by collecting old tender as well as foreign currency and exchanging it for British Sterling – saw a dip last year.

A total of £5,000 was raised for Midlands Air Ambulance Charity last year thanks to supporters’ generous donations to the scheme, which is the equivalent of one air ambulance mission and seven missions in the rapid response team’s critical care cars.

However, charity staff say this sum was 70 per cent lower than the amount raised before the Covid-19 pandemic.

Emma Wood, head of fundraising and marketing for Midlands Air Ambulance Charity explained: “During the pandemic and subsequent lockdowns, many of us were not able to travel abroad. Now that more of us are holidaying again, we hope that supporters will donate again to our Cash4Coins scheme.

“By donating foreign currency that’s unused after a recent holiday or those old pennies lying around many of our homes, supporters can help to make lifesaving missions possible for our rapid response, pre-hospital emergency service.”

Carol Spires, charity liaison manager for Cash4Coins, added: “Currency of any age can be donated through our collections, including all foreign coins and banknotes, old £1 coins, old British and Irish currency, pre-decimal coins and notes, pre-euro currency and of course, spare change. 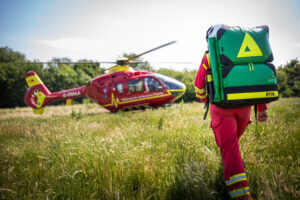