An independent school in Shropshire and the acting headmistress of its prep school have been recognised at the Tes Independent School Awards, one of the biggest nights in the UK education calendar which was held on Friday 30th April.

Moreton Hall took home the boarding school of the year award, while Sylvia Grace, the acting headmistress of Moreton Hall Prep School, was honoured with the lifetime achievement award.

The Tes Independent School Awards celebrate the teachers and teams from independent schools across the UK that are raising the standards of education and making a positive impact on the personal and academic success of students and the wider community. This year’s awards have highlighted the extraordinary work that schools have done in spite of a most challenging year.

Moreton Hall wowed judges with its commitment to its students and the wider community, exemplifying the best of the boarding sector and managing the difficulties of the pandemic with aplomb.

The year began with the establishment of a school farm, which allows hands-on learning and provides a sanctuary for less confident pupils. It also supplies eggs for pupils and a locally brewed beer to the wider community.

The school reinvented Moreton Enterprises, through which the students run a parents’ coffee shop and an online tuck shop. It also organised the Moreton Means Business Conference, which included workshops with professionals, and developed the Rylands diploma to prepare pupils for life beyond school, which is supported by local businesses.

Lead judge Gwen Byrom said: “Not only did Moreton commit to providing an outstanding experience to its students, through a range of well-planned initiatives, but its commitment to supporting the wider community in the most challenging of years should be congratulated.”

“We are absolutely thrilled with this award, especially after such a year of upheaval and uncertainly. It’s all down to the staff – they have been truly amazing.

We are often told that we have a ‘start-up’ company ethos here at Moreton, where there is constant innovation. We simply try to enable pupils to have a willingness to try new things and it is wonderful that this has been recognised with this award.”

82-year-old Sylvia Grace, acting headmistress of Moreton Hall Prep School, has inspired generations of pupils and is a worthy winner of the lifetime achievement award.

Mrs Grace has been teaching since 1962, running Arden – a small preparatory school – from 1986. Arden became known for its academic rigour and creativity, as well as its nurturing community. “Children made friends for life and came back to live here after university,’” said one parent. “I can’t thank Sylvia enough.” As pupil numbers exceeded 100, Mrs Grace decided to retire, but then agreed to help out at Moreton Hall, where she later became deputy head.

After a well-earned retirement, she was coaxed back to Moreton Hall in 2020, agreeing to take on the role of acting headmistress at the prep school. Through one of the most turbulent periods in education she has been at school seven days a week, determined that pupils receive the very best teaching and learning, undaunted by any risks presented by her age.

Sylvia Grace said on her win:

“This is an amazing surprise – I was actually rendered speechless!”

Commenting on her time at Moreton Hall and her teaching career she said:

“I try to value every pupil. Every pupil has something to offer. With praise and support, every pupil will achieve. I always tried to do my best for every child and get them as prepared as I possibly could for their next school. I can honestly say that I’ve enjoyed every day of my career!”

Jon Severs, Editor of Tes magazine and Chief Judge of the Awards said:

“The Tes Independent School Awards is a celebration of the fantastic achievements of the independent sector. These winning and shortlisted schools have shown ingenuity, ambition and perseverance during what has been an unbelievably challenging year.”

The Tes Independent School Awards were held virtually for the first time to comply with the ongoing coronavirus restrictions. In previous years the awards ceremony has been held at the Grosvenor Hotel, on London’s Park Lane.

For full details on all the winners of the Tes Independent School Awards visit: https://www.tes.com/news

For information about all the shortlisted schools and the awards visit: www.isawards.co.uk/ 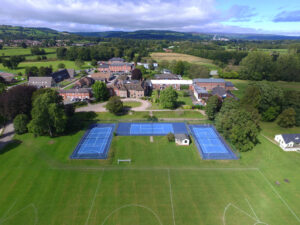