For many years the Simla has organised a charity event to mark the anniversary, but sadly for the second year running this had to be cancelled due to Covid restrictions.

Determined to once again give something back to charity,  Mr George Miah BEM and Mrs Julie Miah decided to give a proportion of two weeks takings to  a number of local charities who the Simla affiliates with.  These included, The Food Bank Oswestry, Designs In Mind and Open Space Studios CIC.

Mr Miah, opened his restaurant, The Simla, in Oswestry 45 years ago, and has played a huge part in the community ever since.

Mr Miah has raised hundreds of thousands of pounds for charity over the years, mainly Shropshire charities and good causes but also to help the Indian sub continent.

He and his wife Julie also have links with several local schools, helping to give the pupils an understanding of Indian culture or getting involved with their international week celebrations.

Mr Miah said: “We would like to thank everyone for their continued support over the years.  We hope to keep serving you for many years to come.”

Earlier this year Mr Miah was presented with the British Empire Medal (BEM) for services to the community, he dedicated the honour to the people of Oswestry.

Pictured below: George and Julie Miah presenting cheques to representatives from each charity. 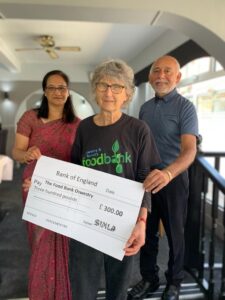 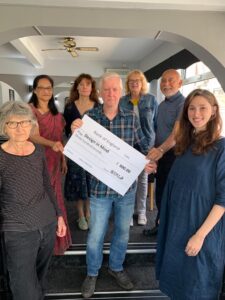 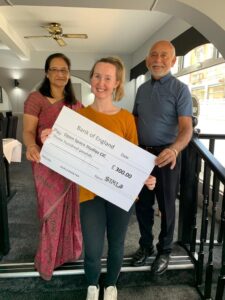 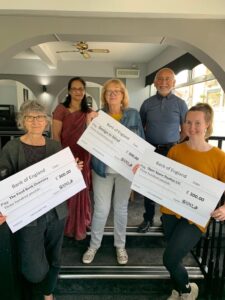