Previous Next
Regional tour planned for Gobowen producer and performer

A Shropshire-based theatre company has this week confirmed its latest production will be touring the region, due to its popularity.

MTJ Productions has announced that their production of ‘Music of the Night’, which opens at Theatre Severn, Shrewsbury this August will visit other regional theatres, as just a handful of tickets remain at the Shropshire venue.

The production which features Eastenders and Strictly Come Dancing performer Matt Lapinskas, West End stars and a live band will play at an array of venues this year, including Theatre Severn, and the recently announced Courtyard Theatre, in Hereford.

Speaking ahead of the tour, Gobowen producer and performer, Michael Jenkins said: “These last 18 months have proven more than ever that theatre plays a huge part in society, with many people taking to streaming services to watch their favourite plays and musicals.

“However, there is something about sitting in a theatre with other people that can’t be replicated, the buzz of live theatre is just magical. I am thrilled that we are able to offer another COVID safe performance. This production promises to reignite the passion and excitement that people share for live performance, with a comedic script and classy performances from the nation’s favourite musicals.”

The production company has almost sold out the production at Theatre Severn to a socially distanced audience, and have decided not to increase capacity following the Government announcement.

Michael added: “Our audience members at Theatre Severn purchased tickets under the condition that their seats would be socially distanced, and although the guidance has changed we have decided that these dates will remain socially distanced. We want to make sure that audiences returning to the theatre feel as safe and comfortable as possible.

“The performance at Hereford is being sold to full capacity, we have worked closely with the theatre to ensure that the performance is safe. This is the case for all of the venues that we are working with.”

Joining the Hereford line-up of performers is Rebecca Eastham whose credits include Emmerdale, Hollyoaks, Spring Awakening and Bad Girls, Hereford theatrical favourite, Steve Liddle and Michael Jenkins himself. Michael has an impressive set of credits too, in 2018 Michael toured the UK with The Greatest Show, taking on the prestigious role of PT Barnum and prior to this played Jamie Wellerstein in Jason Robert Brown’s Last Five Years.

If you’ve missed the buzz of live theatre and hearing the voices of trained professionals, make sure you book your tickets for this exciting production. The production opens at Theatre Severn on Friday 13 August and at The Courtyard Theatre, Hereford on Saturday 25 September. Tickets are available here: https://www.courtyard.org.uk/events/music-of-the-night/ and https://www.theatresevern.co.uk/shows/whatson/music-of-the-night 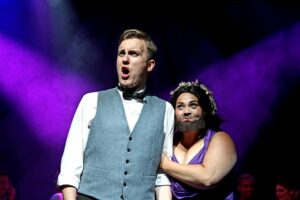 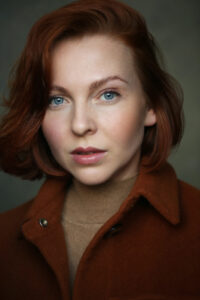 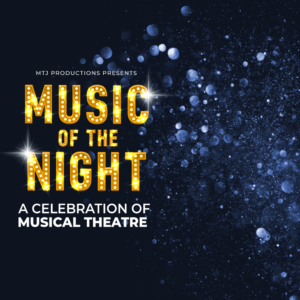 Music of the Night – artwork.