Oswestry’s Bailey Head Pub is welcoming more high profile brewers to the town, Landlady Grace Goodlad said “I’m delighted that we finally have the team from Salford’s Pomona Island coming to meet the people of Oswestry and show off the amazing range of beers they produce, which takes place on  Thursday, 31 March at 7pm, has been on hold for two years and I am so excited that it can finally go ahead.

“We have an amazing range of their beers ready for the night on cask and keg, with a range that includes stouts, pale ales and NEIPAs, a mild, a lager and even fruited beers.  When we started talking to the guys about what they could bring to showcase what they do we were blown away, they are bringing some really exciting beers for the event.

“The Pomona team have a reputation for making amazing beer, but also for having a lot of fun when they do it, their beer names alone show that!  This year we have already had beers like ‘Clarky Cat’, ‘Kiss from a Rose’ and ‘Pins and Needles’; I will be certainly be asking them about where they get some of their ideas from.”

Nick Greenhalgh, one of the Pomona Island Brew Co founders said “We started this brewery in very DIY fashion in 2017. No money, terrible kit, the beer was… okay. We put every penny back into the brewery, working second jobs and all that, cut and shut the kit and brought in more tanks. Now we’ve got some decent gear to work with so there are no excuses! We make a lot of New England(ish) style hazy pales and IPAs, heavily fruited sours and stouts but we’re never satisfied and want to master all styles. Lagers and Mixed Ferm beers are on the table this year, but we’re constantly evolving all our beers as we strive to reach the continually moving target of perfection! That’s all part of the fun.

“We’re proper excited to be coming to the Bailey Head. These guys love craft beer and are amazing advocates for the industry. In Manchester, great pubs tend to be owned by the family brewers who wouldn’t touch craft beer with a barge pole, so having such a beautiful pub serving killer beer every day is something to be cherished.” 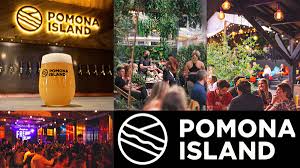 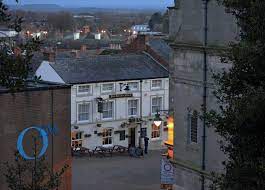 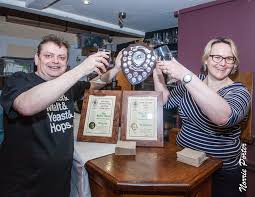