Standing ovations all round as Ellesmere College students take to the stage!

Previous Next
Standing ovations all round as Ellesmere College students take to the stage!

Students from Ellesmere College have been soaking up the applause from a string of show-stopping theatre performances.

Noah Fisher, Imogen Edwards and Isobel Philbin are also members of Shropshire Musical Theatre Group ‘Get Your Wigle On’ and have featured in a number of productions at Theatre Severn and the Barnes Theatre – the latest success being Frozen, with Noah appearing as Hans, Imogen as young Elsa and Isobel involved too.

All three students have dreams of working in the entertainment industry with Noah, Year 11, wanting to write and perform his own songs, Imogen, Year 8, having designs on becoming an actress and Isobel, Year 8, wanting to be a movie director.

Noah has already been cast in The Secret Diary of Adrian Mole; as Caractacus Potts in Chitty Chitty Bang Bang; Nativity the Musical; one of the brothers in Joseph; Chicago; and as the donkey in the forthcoming production of Shrek.

Isobel also landed a part in Shrek after her appearance in Frozen, while Imogen has been cast as Lucy in Nativity the Musical; Molly in Annie Jr the Musical; Fairy Flora in Shrek; Signori Mancini Constratana in Pinocchio Jr; Seussical the Musical; and Titanic. She is also a member of KCDC dance school.

Imogen said: “In Frozen I was so excited to play the part of Middle Elsa – I loved watching Frozen when I was little, and every little girl dreams of playing Elsa! I love performing and am very proud of myself. I love acting, singing and dancing, so to be part of musical theatre shows is where I feel I shine.

“Another passion has been being able to write, choreograph and perform in this term’s Ellesmere College house plays. I have singing lessons at the College and have just received my exam results for LCM Grade 4 singing, in which I gained a distinction – I’m hoping to study drama, dance and music at Ellesmere College.

“I would love to be an actress. I particularly love performing arts, so as long as it involves acting, singing and dancing, I would be really happy!”

Noah said: “I absolutely loved my first experience of performing in Joseph and made some really good friends – it encouraged me to audition for other shows.

“I know how tough the competition is to get parts in the shows and so I do not take it for granted. I absolutely love performing and it’s what I want to do when I leave school. My dream is to make an impact in the music industry through composing and performing my own songs.

“It’s been an amazing experience learning about the techniques needed to perform – the need to work as a team is definitely part of both my drama studies at Ellesmere College and the Wigles productions.

“Ellesmere College has been very supportive of my outside commitments. They know that this is what I want to do and have allowed me to attend rehearsals and events which can take me out of activities in school. Thanks to their support I am able to participate in rehearsals and even interviews for BBC West Midlands.”

Isobel said: “I was really pleased to get the Frozen role as many auditioned and I didn’t think I would get a part. I was a bit nervous about performing but in the end I really enjoyed it and am now really excited about what will happen in the future.

“My drama studies at Ellesmere College have helped me and I get really good support from the College. I am looking forward to my next part and my ambition is to become a movie director.” 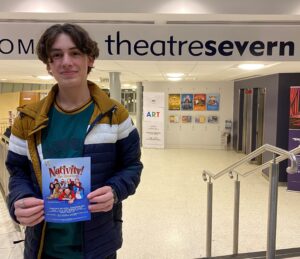 Noah Fisher Get Your Wigle On Nativity Theatre Severn. 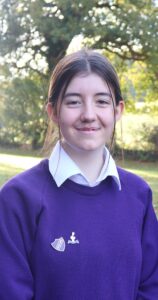