Oswestry’s multi-award-winning pub The Bailey Head is to host two special drink events on consecutive nights. Oswestry’s own award winning Henstone Distillery will be in attendance on 31st August followed by a huge takeover of the pubs beer lines by Cloudwater Brewery in Manchester on the 1st September.

Henstone will be bringing tasters of their Gins, Vodkas and Whiskies, fresh from being awarded a Gold medal in the Global World Whisky Masters. The evening starts at 7pm.

Manchester based Cloudwater Brewery was founded in 2015 and in 2018 was named the second best brewery in the World in the Ratebeer awards. On 2nd September they are launching a new range of three permanent cask beers, but The Bailey Head will have them on not only a day early, but will also have ten other Cloudwater draught beers, a total of Thirteen beers in the Cloudwater Tap Takeover, which starts when the pub opens its doors at 3pm on Thursday, 1st September.

Grace Goodlad from The Bailey Head said “It is a great honour to have two of the finest drinks makers in the country holding events here, we are delighted to have Henstone coming along, and we always stock all of the Henstone range. Having Cloudwater agree to a Tap Takeover with Thirteen beers ranging through Pale Ales, IPAs, Mild, Stout, Wheat Beer and a Sour Beer is the biggest Tap Takeover by a brewery we have ever hosted. 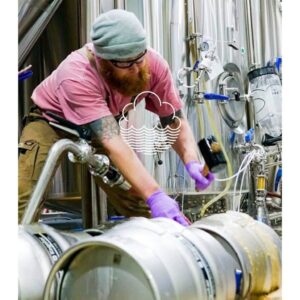