Previous Next
US music stars head for Shropshire festival

A unique Shropshire music festival is to bring four American performers to the county this summer in the biggest collection of headline acts in the festival’s nine year history.

Four of the biggest names in Louisiana Cajun and Creole roots music will be appearing this year at the North Shropshire Cajun and Zydeco Big Weekend from August 12 to 14 at Welshampton, near Ellesmere.

They will be joined by UK roots and blues bands, Razor Holler, the Whiskey River Boys, The Midnight Specials and Acadian Strings.

The festival, which runs as a non-profit making community organisation, is the only one which brings musicians from both the Cajun and Creole communities of southwest Louisiana to the UK festival scene.

Creative director, Gavin Lewery, said this year the Big Weekend had managed to secure a bumper line-up of US headline acts.

“The Big Weekend team has always been proud of bringing diverse musicians from the Cajun and Creole scene to the UK but this year we have managed to secure four of the very best performers from the US for our Shropshire festival.

“And if that’s not enough we also have an amazing programme of bands from the UK and Ireland performing throughout the weekend. It’s a fantastic line-up and should be a fabulous weekend of music and dancing,” said Gavin.

Cajun accordionist and multi-instrumentalist Blake Miller will be flying in from Louisiana. He has been a leading light in some of the premiere Louisiana roots bands in his musical career. He will be joined by award winning Cajun vocalist and guitarist Amelia Biere who is a member of the acclaimed Old Fashioned Aces as well as leading her own Cajun-Country music band.

Ruben Moreno from Houston Texas is a Chicano-Creole who, at 27, is already a veteran of the Zydeco music scene having played professionally since the age of 13. Completing the American headline acts is Louisiana Zydeco percussionist and vocalist Desiree Champagne whose career has featured collaborations with leading LA musicians including Grammy nominated artist, Cedric Watson.

“We were so disappointed to have to cancel our US musicians last year because of the pandemic so we are delighted to be able to put together such an amazing line-up for our 2022 festival. It will definitely be a weekend to remember,” said Gavin.

The three day festival, based around the parish hall, also includes dance and instrument workshops, authentic street food, music sessions in the village pub plus its own festival campsite.

The festival organisers are also running a competition to win two free festival tickets. Details of this and ticket prices are available through the website at www.northshropshirecajun.co.uk.

Discounted Tier 2 tickets are available up to the end of April. Tickets for individual band performances will be available online at the beginning of June. 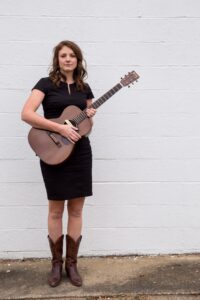 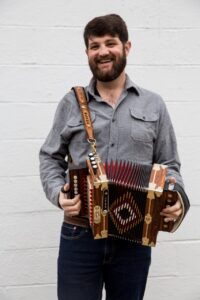 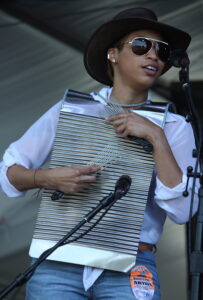 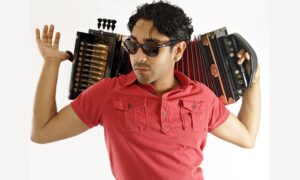