A Wrexham Glyndwr University lecturer is once again testing himself as a manager in one of football’s top European competitions.

After finishing third in the league, the mid Wales club, which is part-time, has gone a step further than last year by beating HB Torshavn of the Faroe Islands over two legs in the first qualifying round after a dramatic penalty shoot-out.

The win set up a second qualifying round tie which begins this week as Chris and his squad fly out to Slovakia to take on Spartak Trnava with the first leg being away from home.

It has meant a tight turnaround for Chris and his players with little time to celebrate last week’s win before thoughts and preparations turned to Slovakia, but he says he is grateful to the support of everyone at the University.

Having been manager at the Latham Park club for almost a decade, juggling work and football has become second nature to Chris.

He said: “I was back in work at Glyndwr on the Friday morning to sort a few things. There are good people at the football club too who were handling travel arrangements, and my line manager at the University has been very understanding so I’m very lucky.

“The University has been great in supporting me, it’s fantastic. I’ve had some really nice messages from members of staff too.

“The players are in the same boat as me, they’ve all got jobs and have had to speak to their employers and ask for the time off.”

While everyone back home will be cheering Chris and his Robins’ side on in Slovakia this week, he admits the logistics could become even more complicated if they do progress.

“I was supposed to go on a family holiday too but now we’ve progressed to this round my family will be flying out and I’ll be joining them at a later date, and that’s only if we don’t win – if we win, I don’t know what I’m going to do”, he joked.

“We’re just going to prepare as best we can, give it everything and you never know what might happen.”

If you are interested in a career within sport take a look at these courses available at Wrexham Glyndwr University; 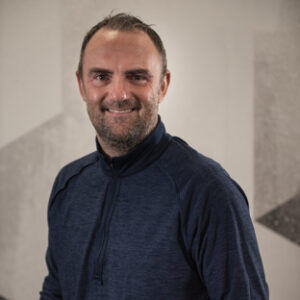