Borderland Rotary in Oswestry is raising money for Midlands Air Ambulance by holding the Borderland Mountain Bike Challenge in the foothills of the Berwyn Mountains, just west of Oswestry in North Shropshire on Saturday 7th May at 10am. We often look up to see the red Air Ambulance helicopters overhead but how many of us spare a further thought for how they operate and how they are funded?

If you’re lying hurt or seriously ill and you need to get help fast, someone will call the Air Ambulance and they’ll be there in no time to give immediate support and get you to the most suitable hospital where treatment can continue.

On the 18th September 2021 it all became a reality for John, a local mountain biker, as he fell badly while in the hills. John said, “If it wasn’t for my mates quick thinking, mountain rescue and Air Ambulance, I think I’d still be on that mountain. I never thought I’d crash that badly, none of us do, but when it happens, we realise the value of these volunteers who so expertly patch us up before flying us to the nearest trauma unit. We are so lucky to have these services but they need funding, so that when the worst happens, they’re there. Unfortunately, I never got to thank the crew but I’m back riding now and hopefully by raising money in the Borderland, it will be a small thank you”.

Since 1991, the charity has responded to more than 66,000 missions and who know how many lives have been saved over that time.

It costs more than £10 million a year to maintain and fly the three aircraft based in the Midlands so the public, in our own interest, should be aware of these costs and maybe try to help by raising some money for one day we may be desperate for their help.

Why not become a sponsor, set a target and raise funds? Just go to www.borderland-mtb-challenge.org and use this link. 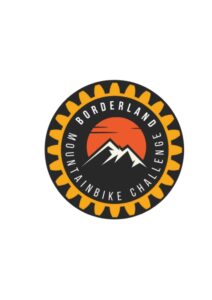 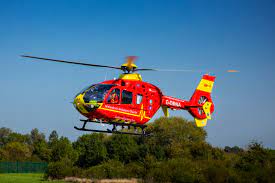