During Volunteers’ Week (1st – 7th June 2021) advanced pre-hospital emergency service, Midlands Air Ambulance Charity, has announced the appointment of Neal Hooper and Vivienne McVey to its Board of Trustees, who joined the organisation after an open selection process.

The lifesaving service relies on important voluntary support from more than 200 people across the communities it services. They assist with various duties, including support in the charity’s shops, helping at events and as trustees serving on the Board.

Neal has over thirty years company director experience, including working for large corporations such as Siemens and Honeywell.

Neal  joins Vivienne on the main Board and will also play an intrinsic role on the charity’s Fundraising Committee.

Neal comments: “My team at Aico and I are committed to giving back to the community, and I actively seek to support good causes where I can. I am privileged to become a trustee for Midlands Air Ambulance Charity, supporting the service with its strategic goals. I am looking forward to the opportunity to assist the charity in its mission to continue to deliver the very best pre-hospital advanced care to over 4,500 people within the Midlands each year.”

Vivienne Mcvey is chief executive of Virgin Care, leading the business to deliver publicly funded health and care services in partnership with the NHS and local authorities. Vivienne was one of the founder members of the business and has overseen its growth since it began in 2010.

Vivienne’s earlier career involved being a GP, working as a doctor in the NHS for nearly twenty years, having graduated in medicine from the University of Cambridge.

Vivienne will sit on the charity’s general Board and will also join the Clinical Services Development Working Group.

On being appointed, Vivienne states: Having worked in the healthcare industry, with NHS and private sector experience, I am passionate about providing the best patient care to those I serve, formerly as an NHS clinician, and latterly as CEO of Virgin Care. It will therefore be an honour to support Midlands Air Ambulance Charity on its Board, committed to helping save the lives of so many people in their most vulnerable time.”

Hanna Sebright, chief executive of Midlands Air Ambulance Charity, adds: “This year not only marks our 30th anniversary, but sees our charity start to develop our first combined airbase and charity headquarters. This, coupled with a reduction in fundraising income as an on going result of the pandemic, means it is a critical time for our vitally important rapid response service. Therefore, we are extremely fortunate to welcome the support of Neal and Vivienne. Their expertise, alongside our Chairman and fellow trustees, will be invaluable in supporting the future of our organisation.” 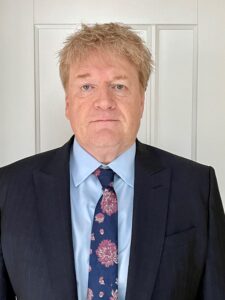 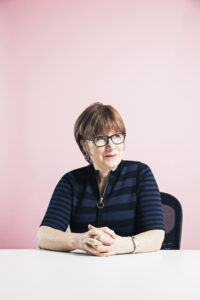