Oswestry Film Society have announced the films for their summer season, starting with the award winning biopic about tennis champions Venus and Serena Williams’ father, ‘King Richard’, on May 3rd.

The society screen films on the first and third Tuesday of every month at Oswestry’s community cinema, kinokulture.  The summer season features drama, comedy and more with movies from the UK, Ireland, Australia, Israel and the US.

Michael Hudson from the society said

“Our summer season has an emphasis on life stories both real and fictional. From ‘The Electrical Life of Louis Wain’ with Benedict Cumberbatch as the Victorian painter, to acclaimed Irish drama ‘Herself’ about an abused woman who rebuilds her life by building her own home.  There’s a frothy Australian comedy involving a dead aunt giving advice from beyond the grave, and we finish with George Clooney, Julia Roberts and a host of A-list celebrity cameos in the possibly true story, ‘Confessions of a Dangerous Mind’.

“We’re picking up where we left off back in March 2020 with our ever-popular season tickets available once again.  Although we subsidised our ticket prices during covid, we’ve unfortunately had to increase them to help cover costs, but anyone signing up for all 8 films in the season can buy a season ticket that works out at just £5 a film.”

Tickets are £5 – £6.50 and you can find more information about the new season, watch trailers and buy tickets at www.oswestryfilmsociety.com. 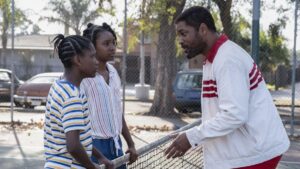 Will Smith in King Richard. 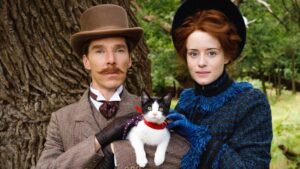 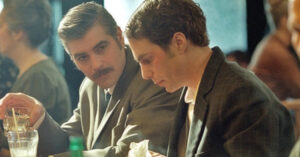 The always suave George Clooney in ‘Confessions of a Dangerous Mind’.