This month, the UK’s oldest remaining teddy bear manufacturer will celebrate the 100th birthday of Edward, Christopher Robin’s much-loved childhood bear who became the inspiration for Winnie the Pooh.

Purchased from Harrods, London, Edward Bear was given to Christopher Robin by his mother Daphne as a first birthday present on 21 August 1921. Daphne’s husband and Christopher’s father, AA Milne, was so enamoured by the partnership he witnessed between a boy and his bear, that he began to write stories about their journey through life together – and the stories of Winnie the Pooh were born.

Now a century later, an adorable quartet of Edward bears created by Merrythought is charming a new generation of children and adults across the world.

To celebrate this special bear’s 100th birthday this year, Merrythought is also giving away a free commemorative gold-plated keyring with the purchase of every original 18in Edward bear, until the end of 2021.

Originally created by Farnell in 1921, Edward Bear was brought to life again for the 2017 Goodbye Christopher Robin film after Merrythought, which owns the Farnell brand, was asked to recreate the bear that featured throughout the award-winning film.

It has seen the Shropshire-based firm play its own part in the ongoing legacy of Winnie the Pooh, and the enduring stories of friendship which have connected people across the generations.

Fourth-generation managing director Sarah Holmes said: “These very special bears have been handmade in our factory in Ironbridge using the same traditional skills and natural materials as Christopher Robin’s original Edward Bear, all those years ago.

“We are thrilled to celebrate the 100th birthday of the bear which inspired AA Milne’s Winnie the Pooh.

“At its heart is the beautiful story of how a teddy bear captured a little boy’s imagination and how much joy and companionship children can find from teddy bears and soft toys. Now 100 years later, it’s wonderful to see how Edward is still enjoyed by so many adults and children alike, and we’re proud that he continues to be hand-made in Britain.” 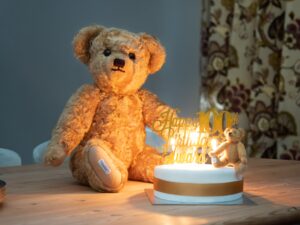 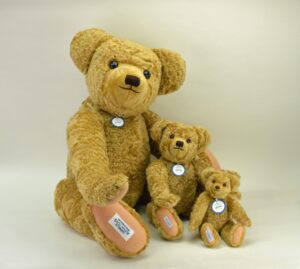 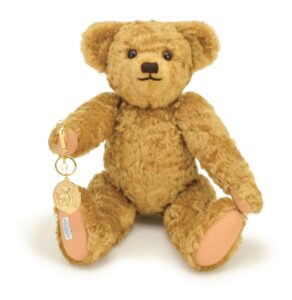