Staff at a local firm have their fingers firmly crossed after being shortlisted for three high-profile national awards.

“We’re just so overwhelmed to have been shortlisted in not just one, but incredibly in three categories, and we’re proud of our team who have worked so hard to deliver the very best customer experience at all times.”

The company is in the running for:

Mark said: “The judges have said that entries for the 2022 competition have led to some of the highest calibre finalists they had ever seen, so we’re keeping our fingers crossed that we can take the titles.

“We pride ourselves on the dedication and commitment of our team, and it’s great to see their efforts rewarded with such high-profile recognition on the national stage.”

Organisers said the 2022 Builders’ Merchants Awards will see trophies presented to the businesses and individuals who have “gone beyond the expected” – whether through personal development, new initiatives to create a better and more diverse company, or those who are striving to better their business in every area they can. 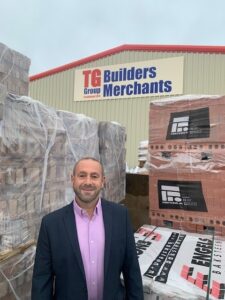