Shropshire Chamber of Commerce says it hopes today’s autumn statement will inject a ‘period of stability’ into the economy – but warned that many businesses will still be pushed close to financial breaking point in the coming months.

Chancellor Jeremy Hunt presented an autumn statement which included £30 billion of spending cuts and around £24 billion in tax rises over the next five years.

The announcements were in stark contrast to Kwasi Kwarteng’s ill-fated plan for £45 billion of tax cuts which sent the markets into a frenzy less than two months ago.

The Office for Budget Responsibility has forecast that the UK economy will shrink by 1.4% next year – but it also expects the UK’s inflation rate to fall to 7.4% next year, from a peak of 9.1% in 2022.

Richard Sheehan, chief executive of Shropshire Chamber, said: “After all the chaos and uncertainty of this summer, we desperately need a period of stability.

“Shropshire businesses require a clear plan to boost investment and growth, and targeted measures that ease the specific causes of inflation.

“Early evidence from the financial markets suggest that the Chancellor has largely succeeded in reassuring investors in the immediate term, but we know there are many bumps along the road which are heading our way.

“The Government talks about growth but there was little recognition of the need for companies to retain their workforces to spearhead that growth.

“We need a clear understanding of what companies are going to receive in terms of support for energy bills going forward. Without this, we know that many employers will be forced into consulting with staff over potential redundancies.

“We welcome the rise in the national living wage, but yet again, this is a tax on businesses who have to foot the bill. And we look forward to the long-promised review of business rates – even though it seems to be no further forward.”

Mr Sheehan added: “Recession, coupled with runaway inflation, is a lethal combination. Our surveys show that confidence is falling fast among businesses which are finding it impossible to absorb or pass on rising costs.”

The British Chambers of Commerce has described the Bank of England’s use of interest rate rises to control inflation as a ‘blunt instrument that fails to address the core drivers of inflation for most firms’ – soaring energy costs, global supply chain disruption, and rising staff costs due to ongoing labour shortages.

Mr Sheehan added: “Businesses are already expressing their disappointment in the decision to remove exemption from road tax for electric cars, fearing it will prevent the Government from hitting its ambitious Net Zero targets.”

Shevaun Haviland, director general of the BCC, said: “The Chancellor has stayed true to his word in focusing on financial stability and targeting support for the most vulnerable in society. But in the teeth of a recession, this statement will not increase business confidence.

“Businesses will look at today’s announcements and welcome support with business rates, and retention of the employment allowance, though the reduction in the dividend allowance will impact many smaller firms.

“The Government must do more to improve conditions for businesses to invest and grow, otherwise we will be starting from a weak base to power our recovery once global economic conditions stabilise.

“The Chancellor’s statement is light on green innovation, doesn’t address current labour shortages and has nothing on boosting export led-growth.” 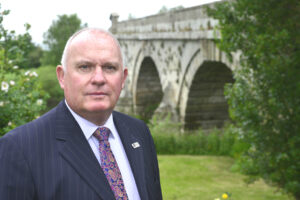