This summer, Moreton Hall’s Sixth Form student Ellie Jones proved her status as one of the nation’s most formidable Enduro mountain bike racers. Ellie secured her place amongst the very best female mountain bikers in the country by placing 1st at the Ard Rock Enduro and 4th in the National Championships, among other impressive wins. At 17, she is competing against women in the under 30 category.

Ellie came late to the sport at the age of 12, inspired by her father who is an avid mountain biker. She was immediately hooked and shortly after her father surprised her with her first bike. After trying downhill and some cross country, Ellie settled on Enduro which combines the technical and endurance elements of both. Enduro racers bike uphill and then go extremely fast down hand-cut, off-piste trails. “It’s the less lazy version of downhill,” Ellie succinctly summarised. Many races have six stages, but the National Championships had thirteen stages over two days.  While it can take an hour to get up the hill, the downhill portion can be as fast as two to six minutes.

The trails used in competitions are enough to make a hiker with two feet firmly planted on the ground nervous: steep, full of ruts, rocks, roots and precarious drops, made even trickier when wet or too dry. Ellie and her competitors hurl themselves down the trail to get the fastest speed. Like downhill skiing, their differences can be measured in fractions of a second. “It is so fun,” said Ellie. “Racing is an escape from everything else.”

The sport can be as dangerous as it sounds. Ellie says it’s not a question of if a racer will crash, but when and how often. She goes through phases when she crashes more often, and phases when she doesn’t crash for a good while. “You get up, get back on your bike and off you go,” she explained. After one particularly bad fall when she and her bike flew separately through the air and landed with a brutal thud, the peak of her helmet broke off, her helmet was dented and she thought she had broken her shoulder. After a few minutes, she was back on her bike, in pain, but with no broken bones. “If it’s not broken, you get back on your bike,” she said.

The mental aspect of the race and her competitors, not broken bones, are what makes Ellie nervous pre-race. “Staying on the bike is very difficult,” she explained. “Keeping on your line and not getting distracted by the other racers is hard.”  Following her father’s advice, she has learned to not worry about what the others are doing, but instead to race the clock and focus on her own performance. Clearly, it is working well for her.

The UK has a strong race scene and is very competitive internationally, producing many of the world’s top mountain bikers. Ellie has seen a huge growth in the sport in the five years since she started racing. Both the number of female racers and the level of performance have improved dramatically. “The level of competition is insane,” she said. “The level of riding is getting better and better.”

Ellie followed a very successful season before COVID with this summer of wins. She plans to continue to push herself to see where the sport will take her: more National Championships, or perhaps qualifying for the World Enduro, for starters. Ellie still has another month to rack up wins in this season, which ends in October. At the end of the school year, she faces A Levels, university choices, and a new season of Enduro.

The biggest riding challenge for Ellie, which also applies to life in general: “Knowing what you can and can’t do. How to push yourself, but also knowing your boundaries.” 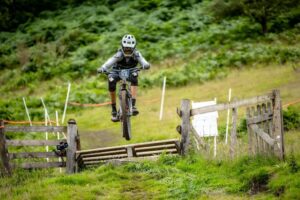 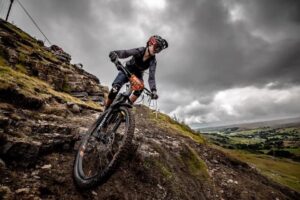